This event has long been awaited by the Belarusian club scene, and it is happening quite unexpectedly. The largest series of broadcasted parties Boiler Room will take place in Minsk and Homiel on October 22 and 29, 2021within the framework of the large Eastern European Open Dancefloors tour. We talked to the organizers of the Belarusian "boilers" Pasha Dankov aka Morgotika and Alex Krik about what it will be, why it is a pen test and how the lineup was built.

Open Dancefloors: Eastern Europe is a series of events in 14 cities of Eastern Europe (Riga, Kyiv, Moscow, Bucharest, Budapest, etc.), which is dedicated to the opening of dance floors after the pandemic. They are held in a light format - without the famous "boiler room" video broadcast, but with the same principles of DJ booth democratic placement and no less importance. Pasha Dankov and Alex Krik told in detail what to expect from the Belarusian "boilers". 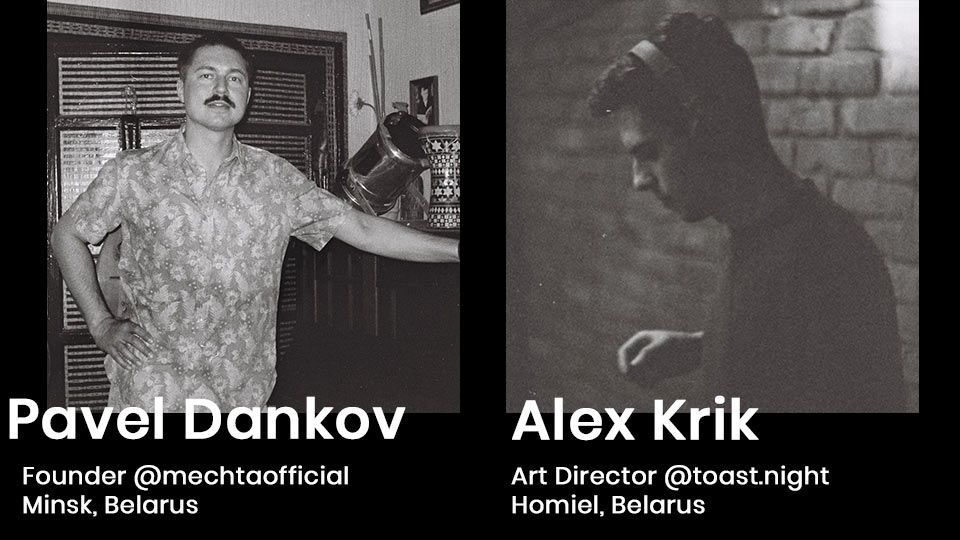 Why did Belarus join the Eastern Europe Tour, despite the fact that clubs in Belarus did not stop their activities?

Pasha: Open Dancefloors is a compromise solution that the Boiler Room team came up with during the pandemic, when most of the world's dance floors were closed and many countries were locked down. In 2019, Boiler Room published an article about the Eastern European scene, which covered the project "Mechta" aswell. In early 2020, before the pandemic, a representative of the Boiler Room wrote to me and said that they wanted to make an event in Belarus. I was very excited, because I had been waiting for it for a long time, but I did not dare to ask first. We planned a date for the spring of 2020, but unfortunately the whole world locked up, and we postponed the event several times: for the summer, for the fall, for 2021. Earlier this year, we decided that it’s a bad idea to make a classic "Boiler" in Minsk while the whole world is in a lockdown. It might look like “the rednecks are finally taking over” from the outside perspective. So they proposed a new format: offline sessions, which they had just prepared for a pandemic time.

Alex: It was decided to hold this tour in Britain as soon as the situation with the coronavirus calmed down and a vaccine appeared. During this time, Coffee Toast has become a more or less strong brand, so we also got on the list of cities for the tour to cover. 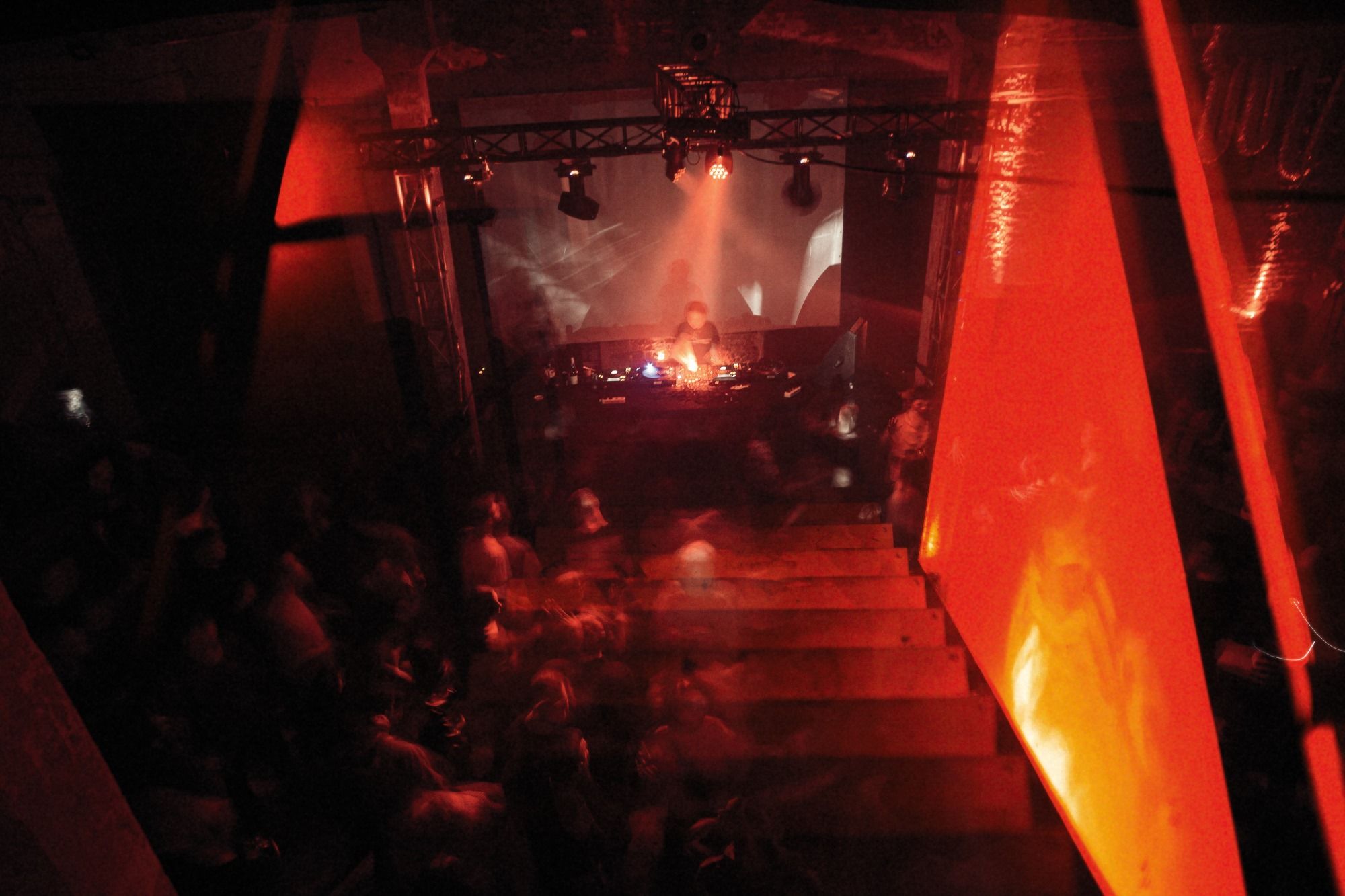 In what format will the Boiler Room be present at the Minsk and Homiel events? Why won't there be a video broadcast this time?

Pasha: Initially we discussed the classic video broadcast format, but I decided it was still a better tit in hand than a crane in the sky, and we agreed to the Eastern Europe Tour format. It's more budget-friendly because we do everything ourselves, the Boiler team only oversees us, they don't come here. This format allowed us to do the event without sponsors and partners. And when we agreed, signed a contract, after a while European clubs began to open, "Boiler" began to make events with broadcasting. So we decided that this time we are taking part in such a test mode. Instead of a video broadcast, we give an audio stream, which will be broadcasted on Boiler Room channels. Mixes of participants will be laid out there later.

Alex: Boiler Room oversees marketing and specific layout: according to their requirements, the DJ booth is always in the center of the room at eye level. There should also be hosters. This is, roughly speaking, a presenter who introduces the DJs before each performance and talks about their achievements. Afterwards it also becomes part of the mix. We will have accredited presenters: in Minsk it is Julia Koviasina from Foundamental Network, the Homiel event will be held by Pasha Dankov. 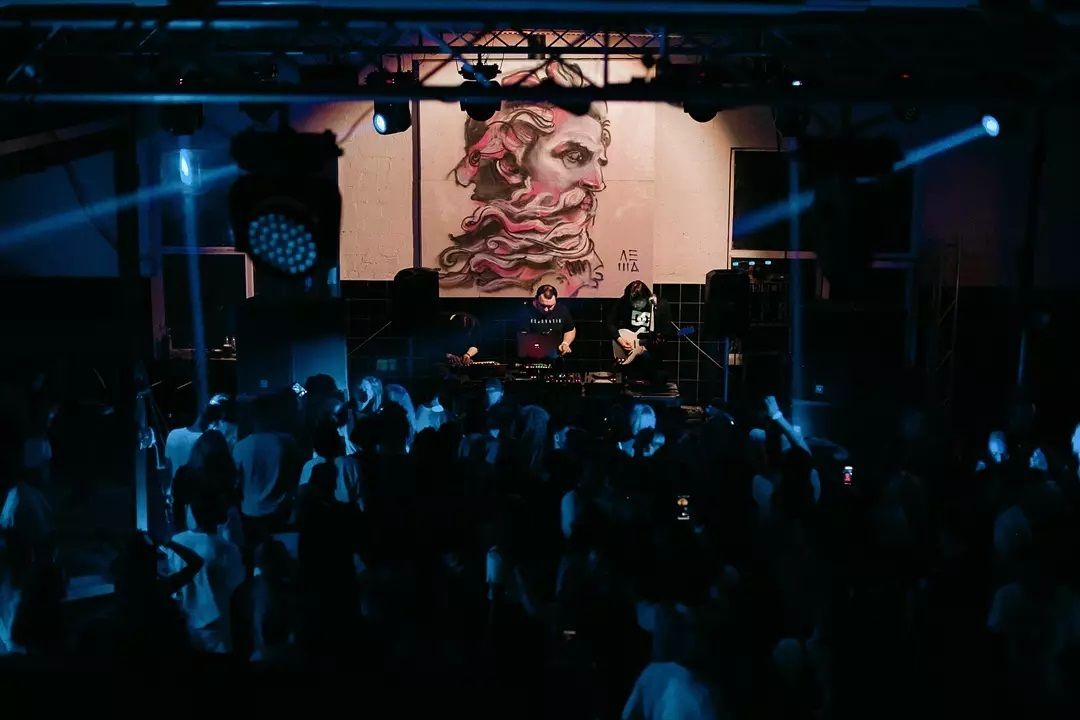 Tell us about the lineup. Why these artists?

Pasha: The lineup is suggested by me. It has been subjected to several editions. I wanted to combine different styles: there will be electro, techno, trance, house. The lineup includes people who, from my point of view, are completely devoted to music, their profession, produce music and get signed. Gaamer has 20 years of experience. Viikatory is a rapidly developing young artist: she started her career in 2019 and has already released a cool track on the Jensen Interceptor International Chrome label. Fayra - the new alias of Lera Foer, a native of Hrodna, who lives in Moscow, she is a resident of "Mechta", has two vinyl releases. And, of course, Elena Sizova is the most famous and exported Belarusian artist, she was included in the lineup, but due to her health condition she will not be able to perform. By agreement, I replaced her with Akaks, a young DJ who also produces his own music. The choice of artists was also influenced by a factor - the loyalty of the project: mostly those artists who recorded podcasts and performed for "Mechta".

Alex: One more factor is the wish of the Boiler Room team to have a gender-equal artists pool. We shared with them recordings, press releases of the artists we chose and they decided which of those we presented would perform. Cosmic is a native of Homiel, has been digging the crates for more than 10 years and plays vinyl only. Together with her husband she laid the foundation of the electronic stage of Homiel. Raketka is always our favorite guest. I (Krik) got into the lineup as the art director of Toast Night and the main organizer of the events. Portnoy is one of the most experienced DJs in Homiel at the moment. Ghetto Ghetto is the founder of the strongest Homiel event series Salute which is dedicated to Garage House. 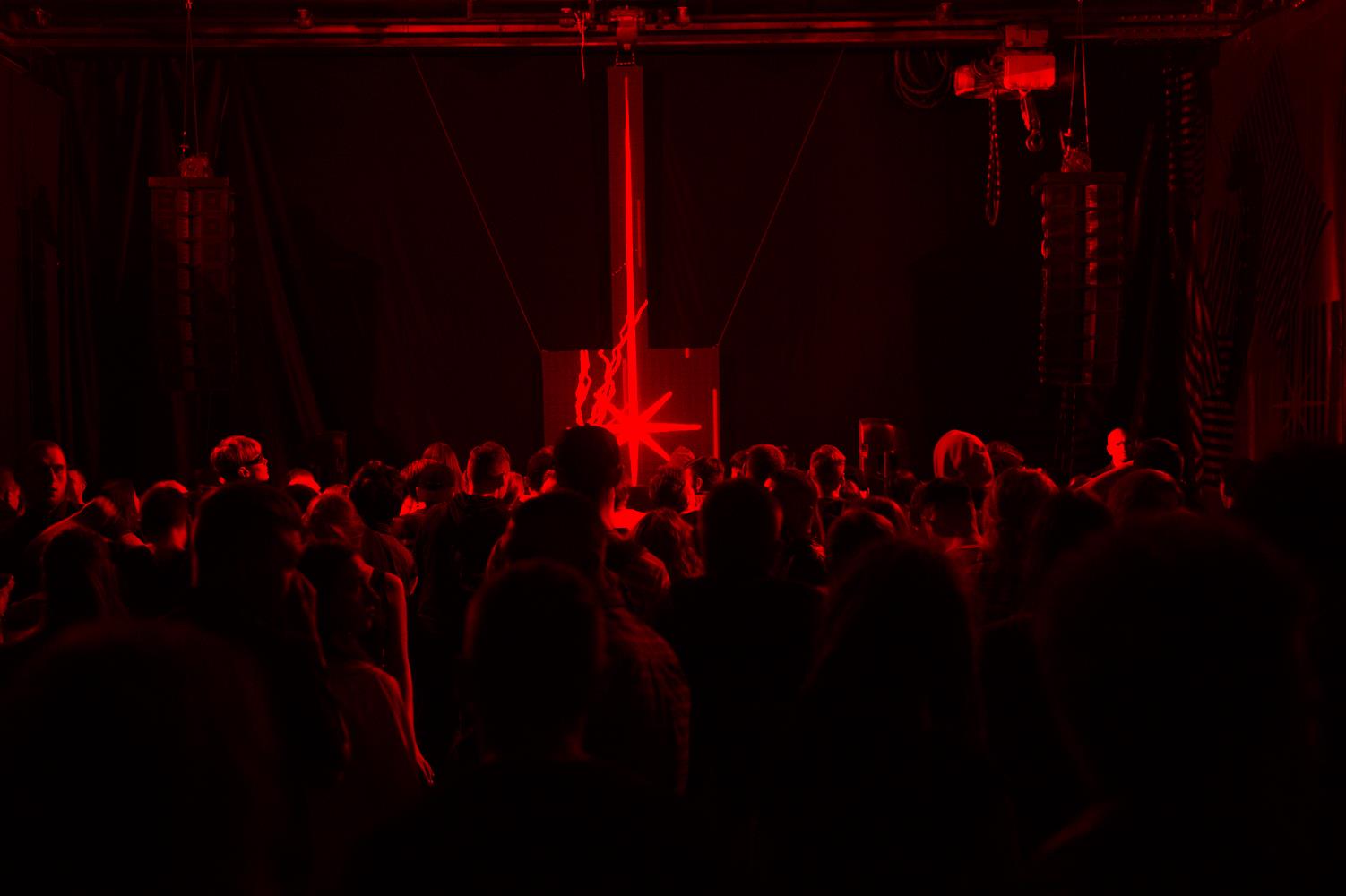 What do you think these events will mean for the Belarusian club scene?

Pasha: This is really very important for our country and electronic music scene. This is a marker of recognition from a major player in the global arena of the electronic music industry. Something like a Michelin star. This confirms that we can hold events at a high international level by all standards: technical, communicative, image. Yes, we are able to, but only now it is confirmed.

For DJs taking part in the event, participating in the Boiler Room will allow to show of skills. This is a small step on the career ladder of a DJ or a live artist. But even more it pushes other DJs. They see that by doing their job well, you can get, for example, to the Boiler Room, get noted and further develop more actively. This is obvious in the history of the Homiel scene, because the guys did not even imagine that this could happen in Homiel. There are now a lot of young DJs who haven’t even had a recorded mix and page in the soundcloud. And here, it turns out that you need a page on the soundcloud, you had to record the mixes. And I see that a month after the Boiler Room was announced, DJs started recording mixes, they realized that things are not so bad, that there is hope that we are not a completely locked and separated country, that by doing their DJ work, recording mixes, podcasts, performing, evolving in the media space, you can achieve results. It’s all not hopeless. And this is the most important thing.

Alex: Boiler Room in Belarus means that it is possible, it opens the door, despite the hard times. And we stop feeling a little lagging behind and realize we can actually do more than we ever thought we could. If for Minsk it is more or less natural, for Homiel it is just an unprecedented event, which allows us to say that we still understand something in electronic music and have an influence. And this is very important for us. 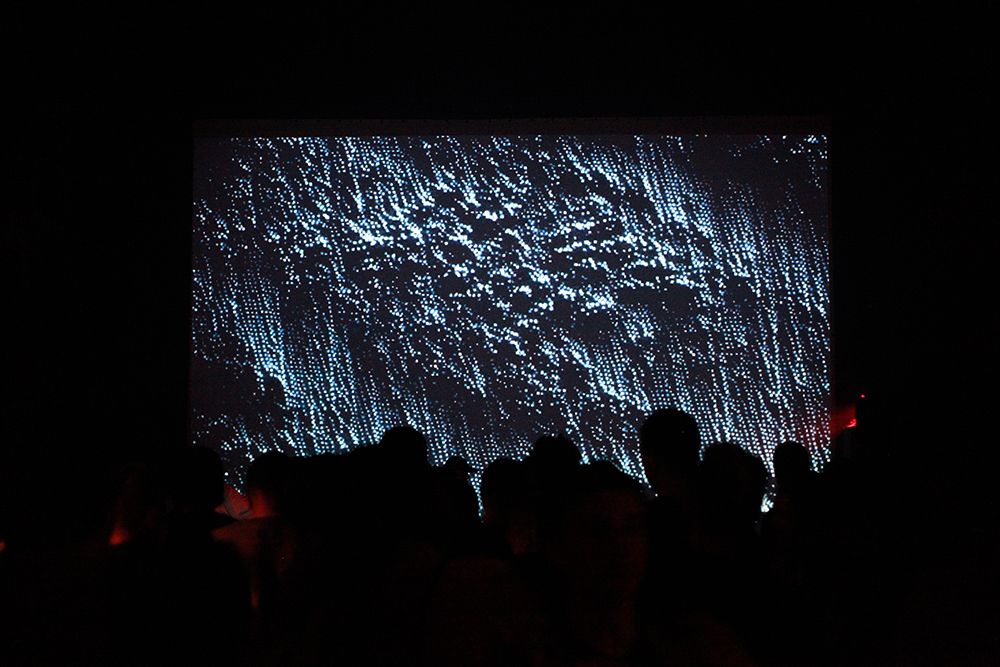 Tell us more about the Boiler Room in Belarus in 2022.

Pasha: I can't say anything yet, because we only have a preliminary agreement on it. In what format will it be? Most likely, it will be a major event of the festival format. But let’s hold these events first. 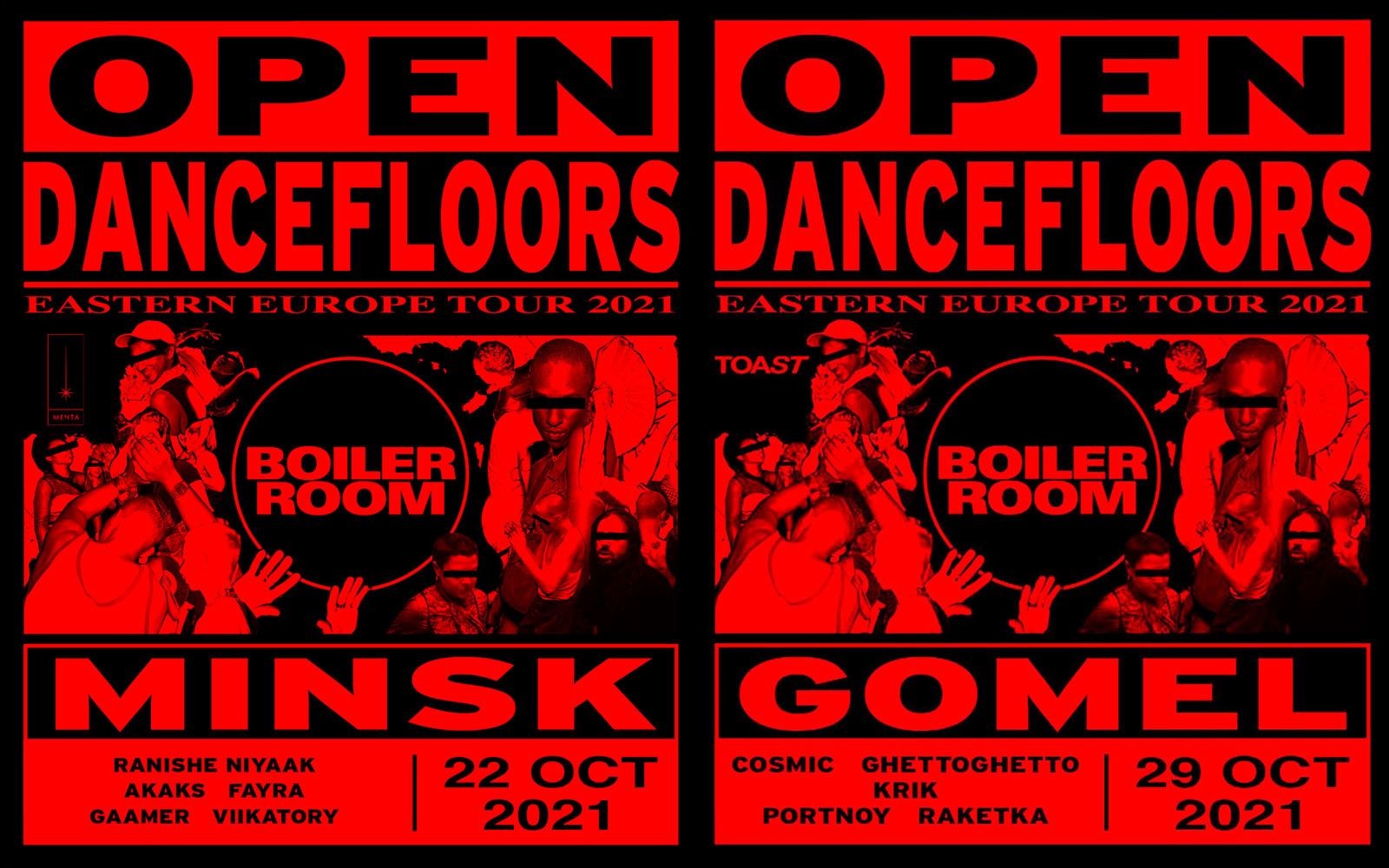 Minsk Boiler Room will take place on October 22 at the Dogma club. Tickets can be purchased here.

The event in Homiel will take place in a week, on October 29, at Sozhski Hub. Look for tickets here.